Walking to our car with my 12-year-old daughter after her soccer game last week, I was in the middle of telling her how proud I was of her entire team for the effort they showed that day — they lost 3 to 2 — when another player and her mother walked by. “If only your defense wouldn’t have let in those goals, then you would have won,” the mother said. 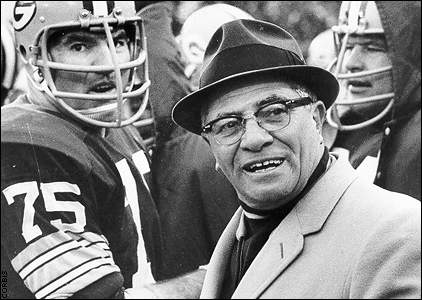 My daughter – who plays defense – and I exchanged looks and got in our car. After a few minutes, she astutely commented, “If these parents know so much, let THEM get out there and play!” I started chuckling, because I know she’s absolutely right. I also know that if you score more goals/runs/baskets/whatever than the other team, you win, but that’s not my point.

Rather, my point is why is it so important for parents that their child’s team is a ‘winning’ team? What, exactly, does the win/loss record of the team have to do with individual skill development, whether players are doing their best, having fun and learning the game, and which players will play at a high level in and after college—and which won’t?

The answer is absolutely nothing. But the yearly flight of parents jockeying to get their child on the ‘right’, a.k.a., the ‘winning’, team is yet another example of our ‘helicopter parent’ culture: we must protect our children from adversity at all costs and, yes, that includes protecting them from playing on a ‘losing’ team.

What these parents with the ‘win at all costs’ attitude are missing is the fact that their child will likely learn more, try harder, and improve faster if he or she is on a team that doesn’t always win. A team that must be more creative than other teams because of lack of size, talent, or any number of other reasons. In baseball, it’s the team that plays small-ball and eeks out runs with singles and steals rather than relies on big home-run hitters to put runs up on the scoreboard. In soccer, it’s the team that uses the speed and superior ball skills of its players to blaze past the slower, bigger players on the other team.

I’ll bet most of these win-chasing parents have no idea that the top US men’s soccer player, Landon Donovan, never won a tournament or championship on his youth teams. In a 2006 interview by Mike Woitalla in Soccer America, Donovan said, “Before my first MLS final, I thought to myself, ‘I can’t remember ever winning anything with my club teams growing up.’” Yet Donovan has raised four Major League Soccer (MLS) trophies – so far – in his professional career.

More importantly, Donovan commented on the ‘winning team’ phenomenon in youth sports: “It’s amazing to me that people put so much emphasis on trying to be tactical and worry about winning when it doesn’t matter when you’re 12 years old,” Donovan said.

So the next time you get caught up in the moment and start biting your nails because your child’s team is losing a game, or is having a losing season, remember that the win/loss record really doesn’t matter and, in fact, your child may be learning and improving more on that team than on a team focused on its wins and losses.

As an insightful 12-year-old told me after hearing parents complain about her team not winning: “It’s not THEIR game, it’s OUR game! Let us play!”