How Are People Using TeamSnap Live!?

by TeamSnap | Mar 24, 2015 | Category: Customer Profiles, How To, Managing Your Team, TeamSnap Features

We recently launched TeamSnap Live!, one of the most exciting things we’ve brought to the TeamSnap community. This in-app feature lets you send real-time game updates, instant communication and more. So how are people using TeamSnap Live!? Check out what some TeamSnappers had to say, and then email [email protected] with your own story and you could be featured too!

Haven’t tried it yet? What are you waiting for!? 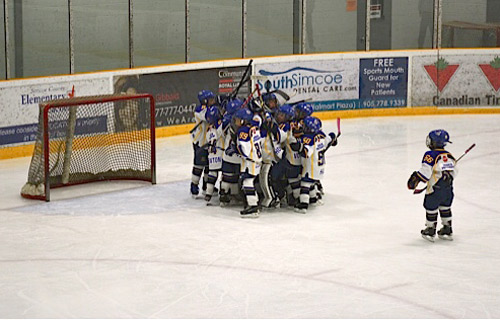 Parents on Wes Houston’s hockey team often have to pull double game duty, with parents at different games. TSL helps them stay in the loop!

“Whitby, Ontario, is a big hockey center, and we have lots of parents who have multiple kids playing and are stretched. Often, one parent has to go with one kid to a game while the other parent is at another game, and having TeamSnap Live! has been a great resource for parents who can follow the games even when they’re not physically there. Since I’m the team manager, I’m at 99 percent of the events, but on a recent Saturday, I was not being able to make the game, and it was great to be able to follow along and have that live interaction and ask questions without having to wait until after the game.” 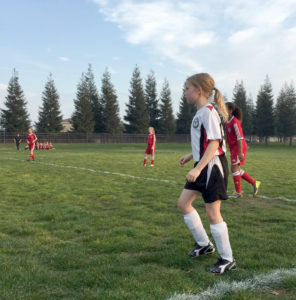 When Satya Vargas had to stay home sick from a tournament, she kept up to date with TeamSnap Live!

“My daughter Satya was playing in the State Cup tournament with her soccer team. After the first day of the tournament, she wasn’t feeling well, and she ended up with a fever, chills, and the whole pile of misery that usually accompanies that sort of thing. So we stayed home for the second day of the tournament. Naturally, though, she wanted to keep up with her team, and to follow how they were doing in the tournament. Fortunately, there was TeamSnap Live! One of the parents provided regular updates via TSL! so she could follow the game from her bed. This was really awesome, and allowed her to feel connected with her teammates in a big game that she couldn’t attend. She was riveted, and it was the best part of an otherwise miserable illness.” 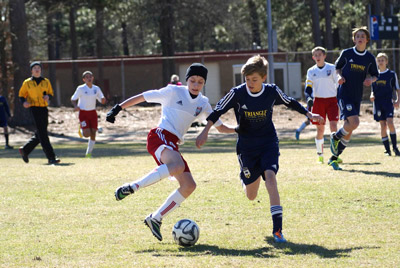 Caleb Taber and Tyler Hunt practice some footwork at a recent tournament.

“I coach for a travel soccer club in Evansville, IN, that uses TeamSnap. Recently, we had four boys teams travel by bus to Fayetteville, NC, for a tournament and college showcase. Our team only had three or four parents who were able to attend, and others had even fewer. I’d recently sent all of our club members, telling them about TeamSnap Live! and this was a great opportunity to try it out. We had our team managers from all four teams on the sidelines giving updates to all the parents who couldn’t make the trip, as well as our club president, who likes to get updates on the action. Everyone was happy to get the real-time updates and not have to wait for the tournament website to update. Without a doubt, we’ll be using TeamSnap Live! for all our tournaments and travel games going forward.”

So how are you using TeamSnap Live!? Email [email protected] and tell us your TeamSnap Live! story and you could be featured on our blog.