As a soccer mom for the last four years, I’d be a rich woman if I had a dime for every time I’ve heard that question asked (or I could at least buy myself a few half-caff, double tall, non-fat, vanilla frappuccinos with whip). With the launch of our new TeamSnap Live! game clock and period tracking feature for soccer, that question should soon be a thing of the past for our customers. 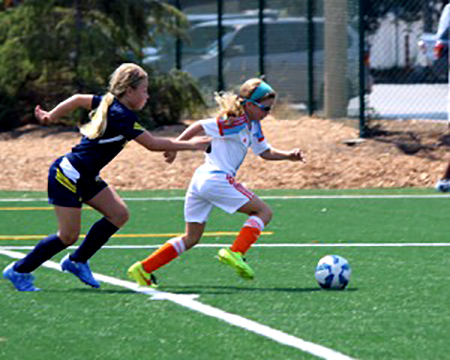 Terri’s daughter’s soccer career was part of the inspiration for this feature!

We released TeamSnap Live! in March and have been busy ever since, enhancing this ground-breaking feature that allows you to share instant updates about every game. We announced the new Live! score-tracking feature for baseball/softball just last month, and true to our word, we’re expanding it to other sports, starting with soccer!

Inside TeamSnap Live!, you can now start a timer at the beginning of soccer games, and everyone on your team with the latest iOS and Android app automagically sees the same timer if they’re following the game on Live! You can also pause the timer, reset it to zero, and fast forward/rewind it (yes, I’m a cassette child of the 80s). On top of the cool new timer, you can also set the game period so everyone following the game will know when it’s first period, half time, second period or time to go out for ice cream and kale chips.

To take advantage of this feature for your fall soccer season, make sure everyone on your team has the latest version of the TeamSnap app from Google Play for your Android or the App Store for your iPhone. Log into your app and click on the Live! game event banner.

To set the score during a Live! event, tap the score at the top of the screen or the soccer ball at the bottom of the screen. You can also start, pause and stop the timer by tapping the corresponding icons and adjust the timer with the settings cog. To change the period, just tap the period box and scroll to the desired 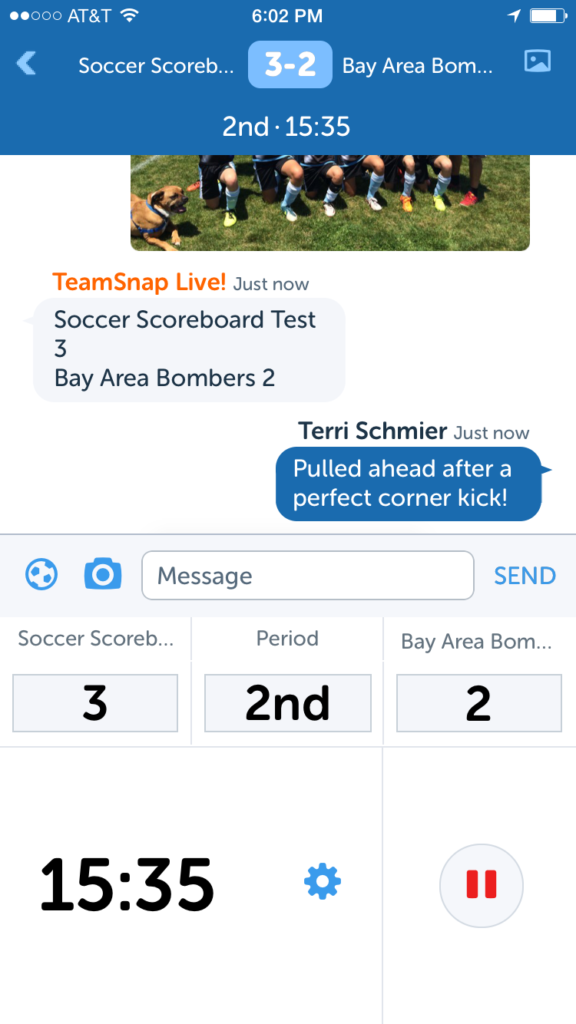 period. Anyone on the team can start, stop or update the clock and the new time will automatically synchronize to everyone’s devices.

To follow along, simply log into the app and click on the orange Live Game in Progress banner.  You’ll see the period number and the game clock ticking in the header of your Live! game page.  We only send score notifications to your phone when the score changes, but those notifications now include period and game clock information. So everyone will know that not only is the score 2-1 but that it’s 17 minutes, 38 seconds into the second period.

We are all incredibly proud of this feature and TeamSnap Live! We hope it helps everyone stay up to date with the state of the game – and more importantly, that you can stop bugging the ref about how much time is left!

As Director of Product Management, Terri leads the Product Team at TeamSnap, coordinating the effort across the company to figure out which features our customers most want us to build next (and some features they don’t even know they want yet….). Terri lives in San Mateo, CA, with her husband, two sporty daughters (credit them for introducing her to TeamSnap) and one sporty dog who doesn’t use TeamSnap (apparently the lack of opposable thumbs makes using our app a challenge).