Has your young athlete ever gone into a game competing against him or herself?

You might be thinking, Of course not! Why would anyone do that? Well, no one goes out there trying to make themselves fail on purpose. But some athletes are still their own worst enemy. The truth is, if you go into a game with low confidence, you are indeed competing against yourself.

Confidence, in a nutshell, is how much conviction athletes have in their ability to succeed. Even if young athletes have the physical ability and raw talent required to be successful, they won’t perform up to that ability if they don’t have confidence in themselves.

That said, confidence is not something that young athletes either have or don’t have. It can be improved and developed through hard work.

Confidence is a Skill 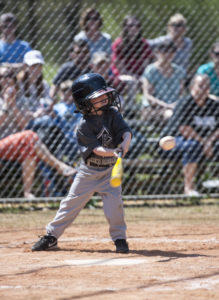 Many athletes believe that confidence is something you’re just born with. That couldn’t be further from the truth. Confidence is a skill that can be learned, just like dribbling a basketball, riding a bike or skiing down a mountain.

Problem is, there are both positive and negative confidence skills, both of which can become ingrained in a young athlete’s attitude. The latter, of course, is not something young athletes should be working on. For example, if your young athlete gets a base hit and a strikeout in the same game, yet only focuses on the strikeout, that negativity will hurt future performance. In other words, your young athlete might become skilled at harming his or her own personal growth.

Young athletes with bad confidence skills must retrain they way they think. For these kids, the best remedy is to practice positive confidence constantly and not to stop until these positive skills replace the negatives.

Why Do Athletes Lose Confidence?

In a word: failure. It’s the greatest disruptor of confidence. Failure can mean making mistakes in a competition; for example, missing an easy header in soccer or dropping a pop fly in softball.

Failure, especially for young athletes, is like anti-confidence. It will cause young athletes to lose faith in their abilities, making them tentative or cautious. There is nothing more harmful to confidence than failure because it provides evidence that any confidence you may have is unjustified.

Prime confidence is a deep, lasting, and resilient belief in one’s ability. With prime confidence, young athletes can stay confident even when they’re not performing well in the moment. Prime confidence keeps us positive, motivated, intense, focused and emotionally stable. 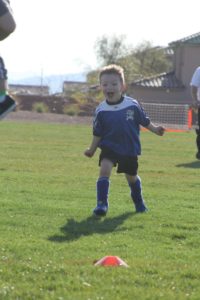 Prime confidence also allows young athletes to seek out pressure situations and to view difficult conditions and tough opponents as challenges to pursue. Prime confidence enables us to perform at our highest level, and to do so consistently.

Prime confidence should not, however, cause anyone to expect success. Such erroneous beliefs can lead to arrogance and overconfidence. They can also cause us to become too focused on winning rather than on performing our best.

Confidence is the most important quality any athlete can have. With it, athletes can play up to their full potential. Without it, they’ll never be as good as they could be. It’s important to work on it every single day. Make sure to never, ever give up!

Dr. Jim Taylor is an internationally recognized authority on the psychology of performance in business, sport, and parenting. Dr. Taylor has been a consultant for the United States and Japanese Ski Teams, the United States Tennis Association, and USA Triathlon, and has worked with professional and world-class athletes in tennis, skiing, cycling, triathlon, track and field, swimming, football, golf, baseball, and many other sports. See more of his blogs at www.drjimtaylor.com.