Why You Might Not Want to Text and Treadmill

Sometimes multitasking should just be avoided. We all know that texting and driving is dangerous, and even talking on a phone while driving can be distracting.

But what about texting or talking on your phone while exercising? If you’re running along a busy street, that could be a problem with traffic whizzing by. Or out on the trail, one misstep during your text could send you to the ground and your phone flying into the weeds. 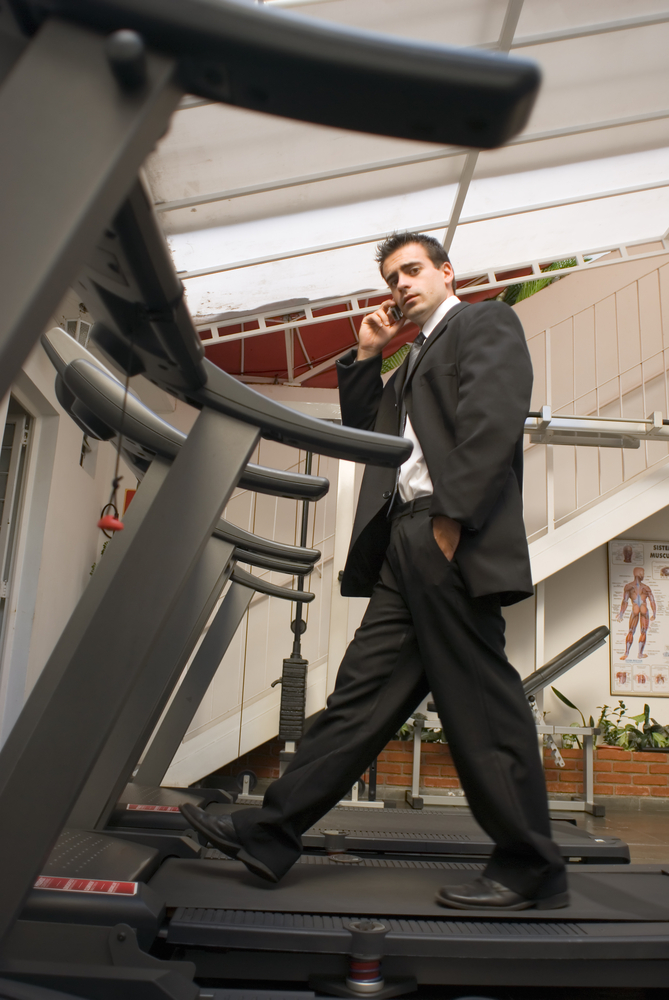 But how about multitasking on the treadmill or the elliptical? Most of us are able to keep our balance while our thumbs kick out that all-important reply. Still, does our workout suffer just a little when our brains try to focus on more than one foot in front of the other?

Researchers at Kent State University wanted to find out if texting and talking on the phone actually affected the intensity of a treadmill run by either making us slow down or taking a little enjoyment out of the activity. In a previous study, they had concluded that there was a negative relationship between cell phone use and cardio fitness.

“Exercising at a lower intensity has been found to reduce the health benefits of exercise and fitness improvements over time,” said Jacob Barkley, Ph.D. of the College of Education, Health and Human Services at Kent State.

Barkley and his team compared the speed, enjoyment and average heart rate of 44 college students while on a treadmill. They were split up into four groups under different conditions while exercising for 30 minutes: talk, text, listen to music or do nothing on their phone (the control group). Across four separate days, they were asked to rotate to each workout condition. They wore heart rate monitors to measure intensity and answered a quick survey at the end of each workout to rate it from 1 to 10 for enjoyment. Each person could manually adjust the speed of the treadmill up or down as they preferred during each session.

Compared with their control baseline, talking on the phone while on the treadmill actually increased their enjoyment of the session (probably by distracting them). But their average speed declined while their heart rate stayed the same.

Texting didn’t affect enjoyment but it did reduce speed and heart rate, as it probably requires the most concentration. As expected, listening to music on their phone while on the treadmill was the best option, increasing speed, heart rate and enjoyment.

“It appears as if listening to music and, to a lesser extent, talking may have benefits on the duration and/or frequency of exercise due to their ability to increase enjoyment,” said Andrew Lepp, PhD, another researcher on the team. “However, if an individual’s opportunity for exercise is constrained by time, then it appears best to avoid talking on a smartphone during planned exercise.”

The research has been published in PLOS ONE.

With your phone right there in front of you, its so tempting to just check that last text or take a call while working out. But if you’re there to get those miles in or those calories burned, its best to leave the phone in your pocket or in the locker room.

“Most people indicate that their lack of exercise is due to time constraints,” said Barkley. “When this is the case, this study suggests that a smartphone should not be used for talking or texting as both may potentially reduce fitness. If one is looking to get the most benefits and improvements out of their workout, leave the smartphone in the locker room and enjoy your music with another type of device.”