The Youth Sports Coach as A Servant Leader 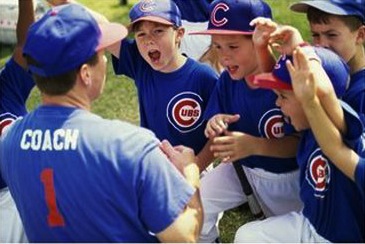 Most games are lost, not won ~ Casey Stengel

Casey Stengel won – and lost – many games in his 54 Major League seasons, and he was also a remarkable teacher. Indeed, later in his career he earned the nickname, “The Old Professor”. As a youth coach, I recognize that my young players need me more as a teacher and as a servant leader than as anything else. Youth team sports are a great vehicle for teaching eager learners how to be better contributors to all future groups they join.

I try to start most practices with a simple lesson. After the kids unload my car and organize the equipment in the dugout, we meet for a couple of minutes in front of home plate. “Take a knee, eyes on me.” Even at age 8-10, my players are old enough to appreciate simple lessons from sports philosophy.

Lessons are typically limited to a favorite sports quote; short, simple, sublime. They sometimes provide an opportunity for me to reference a historical sports figure, and teach the kids a little bit about the game’s past; to story-tell. The lesson is a way to have an important sports insight sink in and, hopefully, last a lifetime. Sharing it in this way, with the players quiet and attentive, seems to work better than just mixing it into the chatter they hear while active. After the first few practices, the kids eagerly await the next lesson – it’s like cracking open a sports fortune cookie for them each week. And it hopefully solidifies their respect for me as a coach who is attempting to appear prepared and experienced.

I share the lesson, repeat it, and let it sink in. I then ask players to tell me what it means to them. It’s fun to watch their minds figure out ways to process, interpret, and re-state a little sports gem. I try to ask them again at the end of practice what that day’s lesson was, and then I ask them again at the start of the next practice before introducing a new one. A weekly tradition; a routine, a lesson learned together. Tradition and routine form bonds.

My hope is that a few favorites resonate with certain players and stay with them. I hope memories of their year on my team include not just highlights on the field but takeaways of wisdom that guide them through their sports future. And while I still have them, I can help them refer back to one of our team lessons whenever they start to lose their way in the heat of action and excitement.

So at a recent practice, I taught my players a little bit about Casey Stengel by passing along his brilliant insight that most games are lost, not won. My players are seeing that play out this season, and they’ve been on both sides. The takeaway, then, is to focus on your job and doing it correctly, to maximum success. Field correctly. Throw to the correct base. Make good base running decisions. Back up the correct base. Don’t spend time distracted by anything or anyone else – doing so will only detract from the pursuit of success.

In youth sports in particular, most games are lost, not won. And while it’s normal to keep track of runs or points scored to determine the game’s winner, we could just as easily keep track of overthrows, dropped balls, and lost composure. The team that pays less attention to playing its own game usually loses.