The Neighborhood Pick-up Baseball Game: Lessons from the Past

It’s a sunny afternoon at a local ball field. A bunch of kids have shown up to play baseball for hours, perhaps until dark or a mother’s voice is heard calling. Kids arrive with ball gloves hanging from handlebars and the sound of baseball cards in spokes. Some will have to leave early but usually others show up to take their place. 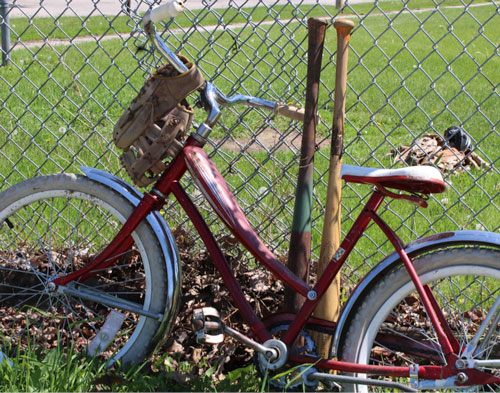 To get things going, two captains are picked. It’s a unanimous decision who these will be because it’s intuitively obvious to the kids who the leaders are. Everyone lines up, and the two captains take turns picking players (As I recall, I was just hoping I wasn’t picked last). The likelihood of two equally competitive teams is good because that’s how the kids want it. If the score gets lop-sided as the game progresses, someone usually suggests switching a couple players so the teams are better matched.

Kids know it’s not real competition if one team is stacked with all the best players.

There are no umps or coaches; none are needed. The catchers call balls and strikes, the captains handle the coaching duties. The kids understand that things must move along, so any disagreements seem to work themselves out quickly. The rules resemble something from MLB and whatever the circumstances require. For example, if there are only eight players per team, a ball hit to right field is an out. Depending on how many players show up or have to leave early, the rules are in flux and can change to suit the situation.

The basic rules are decided upon before the game starts, and if there are any arguments during the game, the captains take care of it or it takes care of itself because dwelling on arguments takes the fun out of it. Remember, the kids are in charge here, so having fun will always be the result. Everything works out and the game continues.

This scenario is rarely seen these days, as professionalization in youth sports has replaced simply playing for the pure joy of it. The fun factor in youth sports is becoming harder to achieve as overzealous adults are making the game into something it’s not ― a job. Keeping up with others, college scholarships and pro contracts are on the mind of many parents, and they run the risk of missing out on the most important part of raising their kids ― their childhood.

Many adults speak the right words but display the wrong actions when it comes to competition in youth sports. The concept of “it’s for the kids” was lost long ago when the neighborhood pick-up game became extinct. Back then, it was for the kids. Without the disadvantage of having adults present, kids became very skilled at problem solving. They learned to manage, organize, have discipline, have respect, and deal with conflict because they innocently knew that all of these things were important if they were to achieve their goal of having fun. 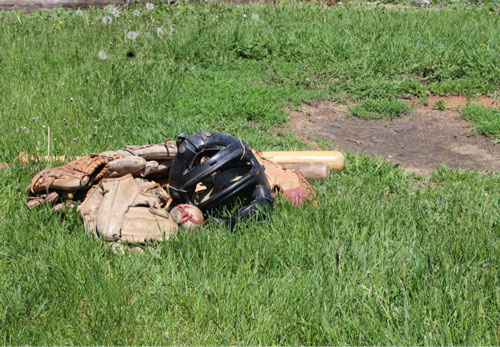 What we can learn from neighborhood baseball pick-up games from the past is that kids often have a better perspective than adults when it comes to competition. That’s because a kid’s No. 1 priority is having fun.

Those neighborhood pick-up games were always competitive but not at the expense of having fun. While acknowledging that today’s society is different, especially with regard to safety issues, the spirit of neighborhood pick-up baseball games should be encouraged, even if it’s not practical to let kids show up on their own without adult supervision. It is the responsibility of the adults involved in youth sports to be creative enough to allow the kids to have fun while keeping a competitive atmosphere in place so kids can learn the life lessons the ball diamond offers.

With today’s over-organized system of youth sports, helicopter parents and travel teams as young as 6 years old, we have lost an important developmental tool for our children — the neighborhood pick-up baseball game and the lessons learned within it.