The 10,000 Hour Misunderstanding – Focus on Quality Not Quantity in Practice

This is the second of a three-part special book excerpt from The Playmaker’s Advantage. Part 1 can be found here. 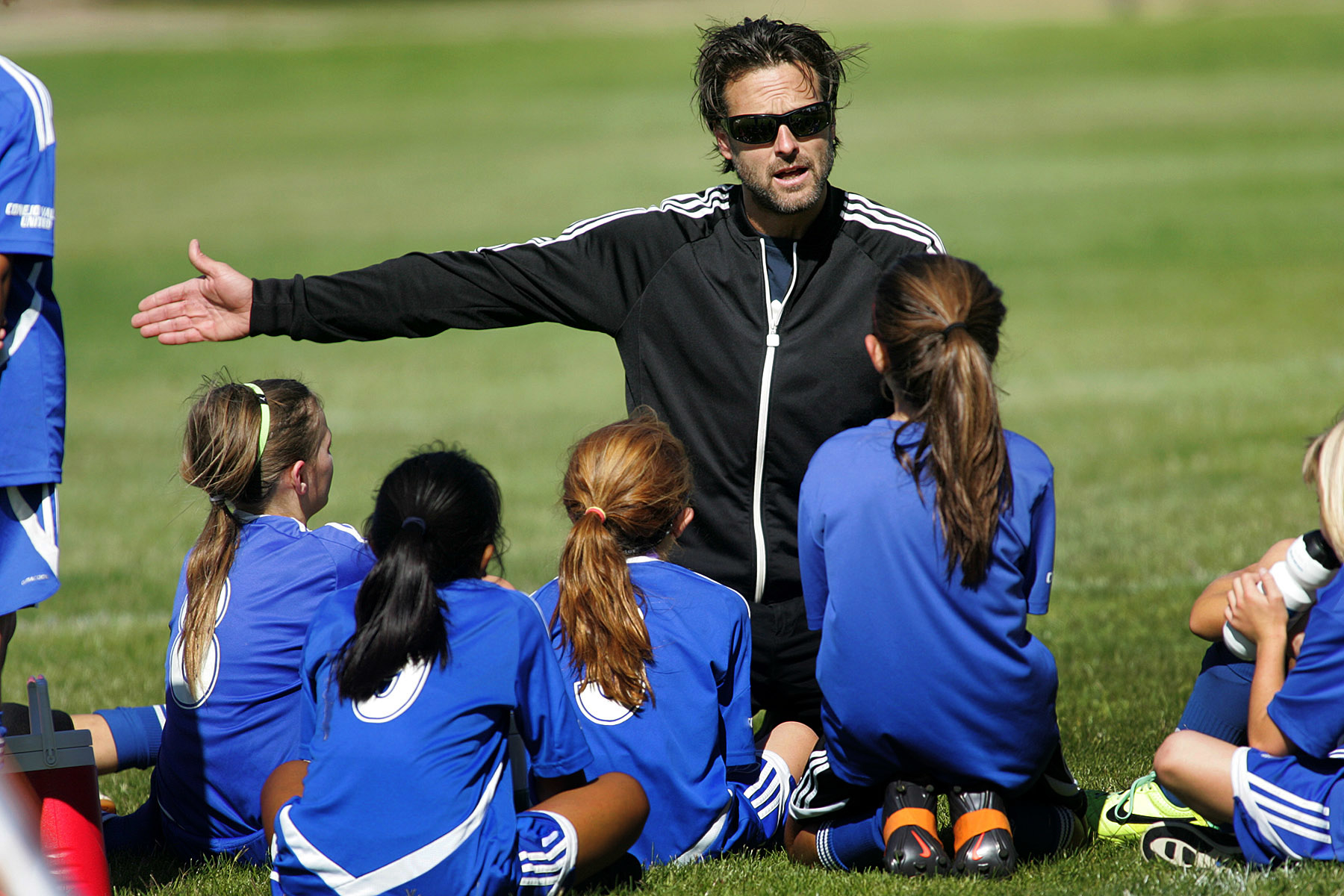 Visit any sideline of parents on gameday and ask them to explain the “10,000-hour rule.” There is a good chance that you’ll not only get a definition but also an update on their own child’s progress toward the elusive target goal. At its most elemental level, the ten-thousand-hour rule has been interpreted as a finish line. Just survive the skill development marathon, log the hours, and you are guaranteed a winner’s medal or an athletic scholarship when the practice odometer hits 10,000.

The concept represents all that is good about having a goal, putting in the work, and realizing your dream. But then up pops the devil with all of his dreaded details. What, exactly, is included in the 10,000 hours? What level of expertise (college, pro, international) will this lead to? How do different teammates, coaches, opponents, and geography affect the path to greatness? What role do natural, genetic abilities play in achieving greatness? So many articles, books, and presentations have been devoted to explaining and/or debunking what was previously an obscure piece of research on musicians that it is time we clear the air and move on.

“There is a lot of confusion about the ten-thousand-hour rule that I talk about in Outliers,” commented Malcolm Gladwell about his 2008 bestselling book that started the debate. “It doesn’t apply to sports. And practice isn’t a sufficient condition for success. I could play chess for 100 years and I’ll never be a grandmaster. The point is simply that natural ability requires a huge investment of time in order to be made manifest. Unfortunately, sometimes complex ideas get oversimplified in translation.”

In his examination of how extraordinary performers, aka outliers, distinguish themselves, Gladwell concluded that abilities, environment, and, yes, years of hard work all contribute at varying levels to each person’s ultimate success. Certainly, LeBron James, at six feet eight inches and 250 pounds, has physical gifts that provided an instant head start in basketball, while Allen Iverson, listed at a generous six feet tall and 165 pounds soaking wet, learned to accentuate other abilities to play in a big man’s sport. What he did with those abilities is the rest of the story.

“No one succeeds at a high level without innate talent, I wrote: ‘achievement is talent plus preparation,’ ” said Gladwell. “But the ten-thousand-hour research reminds us that ‘the closer psychologists look at the careers of the gifted, the smaller the role innate talent seems to play and the bigger the role preparation seems to play.’ In cognitively demanding fields, there are no naturals.”

Based on the highly cited 1993 research of K. Anders Ericsson, Ralf Krampe, and Clemens Tesch-Römer that focused on violinists, Gladwell painted a portrait of the practice habits of the top 1 percent, not necessarily in sports, but in music, chess, and other “cognitively demanding fields.” While both Ericsson and Gladwell agree on the importance of years of practice, it’s that pesky number of hours that became over-interpreted by the dozens of commentators and interpreters of the original message.

“First, there is nothing special or magical about ten thousand hours,” Ericsson clarified. “Although Gladwell himself didn’t say this, many people have interpreted it as a promise that almost anyone can become an expert in a given field by putting in ten thousand hours of practice. But nothing in the study of the Berlin violinists implied this.”

“Achievement is talent plus preparation.”

In fact, Ericsson’s intended message was one of hope to those who feel they did not win the genetic lottery. “In pretty much any area of human endeavor, people have a tremendous capacity to improve their performance, as long as they train in the right way.”

And there is the key phrase: “train in the right way.” Mindless hours of throwing a ball against a wall or dribbling through cones won’t create the complete playmaker. What is needed is something Ericsson calls “deliberate practice,” which exists on a sliding scale between game competition and pure play.

“In contrast to play, deliberate practice is a highly structured activity, the explicit goal of which is to improve performance,” wrote Ericsson and his colleagues in their 1993 paper. “Specific tasks are invented to overcome weaknesses, and performance is carefully monitored to provide cues for ways to improve it further. We claim that deliberate practice requires effort and is not inherently enjoyable.”

In an engaging conversation, Ericsson told us, “I’m basically arguing that when you look at a lot of the practice that I’ve seen, visiting all sorts of different teams, very little of that is actually even getting close to this idea of individualized deliberate practice where somebody’s doing something that is uniquely appropriate for them to improve some aspects of their performance basically in some more individualized context.”

Strong mental representations of a sport’s playing patterns seem to be the cognitive advantage of playmakers, beyond the requisite motor skills involved. Much like a master chess player recognizes opportunities based on a memory of thousands of previous board positions, a playmaker can see available choices as they present themselves, seeing them faster than her opponents.

“I think, from all my discussions with athletes, the really good athletes have those representations where they see options and then they basically are making efforts to realize a particular option,” said Ericsson. “They can also diagnose afterwards, if they were unsuccessful, what the source of the problem is and then ideally finding practice conditions that would be able to increase their control over their execution such that they would be able to realize the goal much more reliably in the future.”

Mastering technical skills while being physically fit is of no value to an athlete if he can’t achieve the desired outcome during a game. By studying musicians, Ericsson knows that many of them can play the notes but few can make music. “If you take something like playing the piano, just hitting the keys in sequence—that’s really not a musical skill. What you need to be able to do in order to give a musically pleasing performance is that you have an idea about what music that you want to make and then you need the representations to be able to realize that or at least try to realize it. Then you need to be able to actually listen to what it sounds like when you’re actually producing those notes. Otherwise, you don’t have a feedback loop that will allow you to be able to play things that you can hear in your head that you ultimately want the audience to hear when you’re actually performing.”

It is this intentional, purposeful practice that Ericsson heard about in his interviews with world-class experts. In trying to improve your jump shot, compare an hour spent randomly shooting baskets in the driveway to a practice that is structured, focused, supervised, and unpleasant. What specific type of shot? From where on the floor? Catch and shoot or off the dribble? What teaching points and feedback will your shooting coach provide? Do you even have a coach watching? How does fatigue affect shooting accuracy? How will success be measured in this specific drill, so we know how you did and when it can end?

Actually, it is a basketball coach that Ericsson holds up as one of the best examples he has seen of a deliberate practice teacher. “I’ve been looking for examples of coaches that actually have had an influence on their players in a very consistent way,” he said. “I think one of the coaches that emerges as a very nice example here is the shooting coach of the [San Antonio] Spurs.” That coach, Chip Engelland, has transformed a string of otherwise talented players from being mediocre to consistently excellent jump shooters. Using Ericsson’s plea for individualized, focused practice with expert feedback and adjustments, Engelland, better known as “the Shot Whisperer,” has boosted the shooting percentages of everyone from Steve Kerr to Tony Parker to Kawhi Leonard.

As a player at Duke, Engelland shot over 55 percent from the three-point arc his senior year. It is rare, however, for an athlete with a solid skill to become a coach who can teach that same skill. But Engelland knows it just takes a feedback loop of knowledge, practice, and adjustment.

“When you start working with a player, you’re writing the script,” he said. “I’m helping, but the work that they put in and the confidence they have behind it . . . you can go one page of the script a day or you can move quickly.” One of his many admirers is Kerr, a hired marksman as a player and now a two-time NBA champion head coach of the Golden State Warriors. “It was very subtle,” said Kerr, “but before I started working with [Chip], the ball rolled more off my middle finger than my index finger. He taught me to spread my hands out a little wider on the ball and use my index fingers more. . . . He understands that a big part of shooting is the shooter’s mind.” 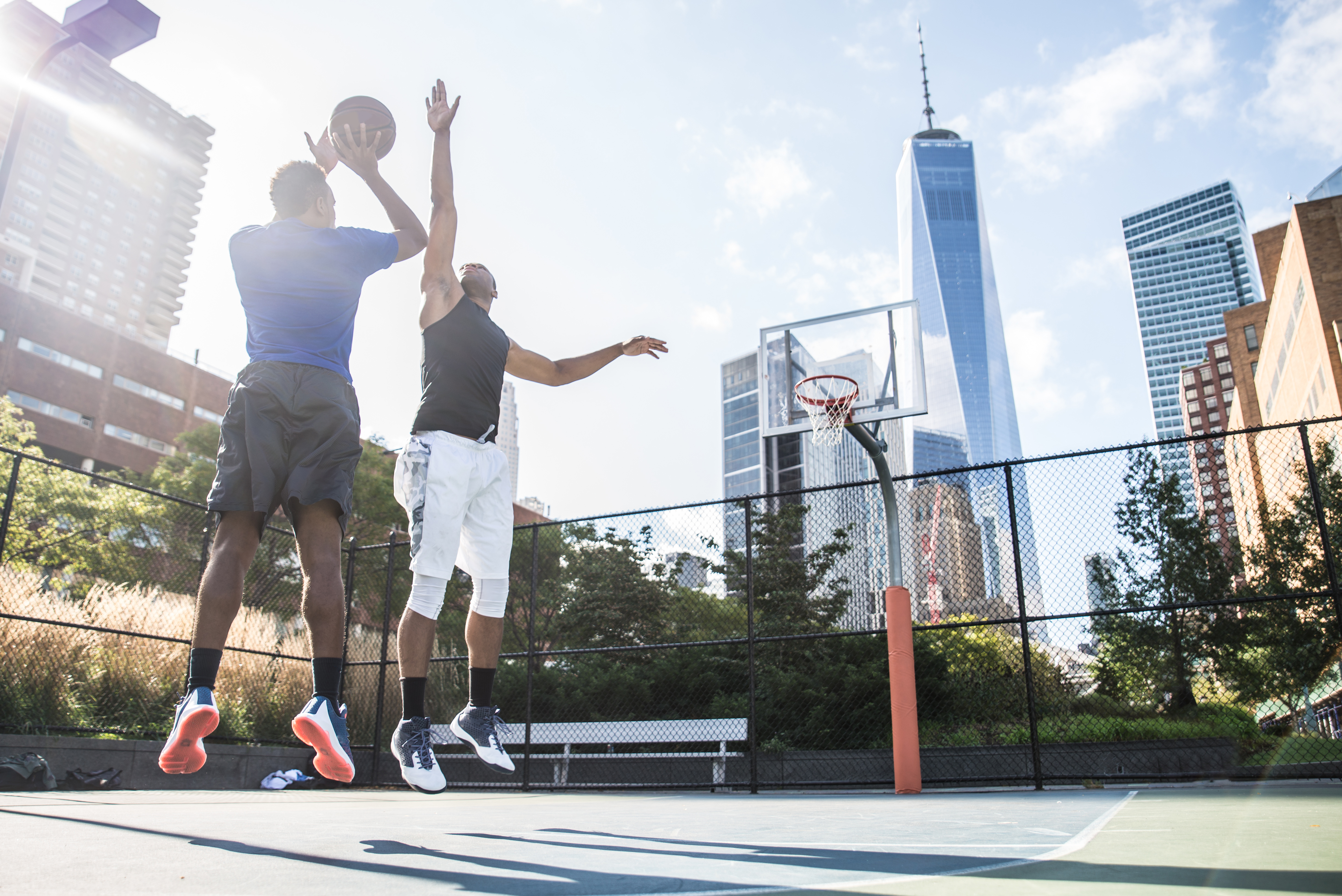 The three-point shot was the missing skill from Leonard’s game when he joined the Spurs as a rookie out of San Diego State. Enter Engelland and his eye for technique tweaks. “I had a good shooting form, but he brought my release a little lower and helped my follow-through,” said Leonard. “But they were just little adjustments Chip had seen. I just believed in it and worked on it from there.” While improving his three-point percentage from 25 percent in college to 38 percent in the pros, Leonard made a career-high 147 three-point baskets in the 2016–17 season, a whopping 258 percent improvement over his rookie season

Engelland’s formula is a repeating cycle of observation, adjustment, and repeated practice for a specific skill of a single player. Beyond the angst of how many hours of practice, Ericsson would like to move the discussion from the athlete to the coach, hoping to duplicate Engelland’s attention to detail and specific, repeatable learning sessions.

“The next step, which is something that we’re just starting to look into, is what is it we can learn by examining what these expert teachers with better teaching outcomes do that is different and potentially something that other teachers might be taught to do that would actually improve their students’ improvement during the year,” he added.

Footnotes to original sources can be found in the book