Is There Such a Thing as Too Much Hydration?

When it comes to staying hydrated on the field, one of the recommendations often repeated is to “drink before you’re thirsty.” While staying hydrated is important, a group of medical experts have recently issued a consensus statement about the dangers of overhydration, which can lead to a condition called exercise-associated hyponatremia (EAH).

Normally, our kidneys regulate the balance of water and sodium in our bodies. But, as we exercise we lose sodium through sweat and compensate by drinking water. If we take in too much water, we flood our cells, causing swelling. This can lead to serious complications if the excess water also crosses the blood-brain barrier causing swelling of the brain, which can be fatal. 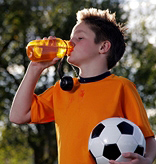 EAH has become more common with the rise of endurance events, like marathons, where athletes exercise for hours and continue to drink water, hoping to counteract their fatigue. Prolonged workouts in heat along with coaches now encouraging fluid intake can also swing the pendulum too far towards overhydration.

Early signs of EAH are confusion, nausea, vomiting and headaches. As the swelling increase, seizures can also occur. After noticing these symptoms, the most important first step is to stop them from drinking.

“The release of these recommendations is particularly timely, just before sports training camps and marathon training begins within the United States—where the majority of EAH deaths have occurred,” said Tamara Hew-Butler, DPM, PhD, of Oakland University and lead author of the updated report.

While the message about the risks of overheating have finally been heard by coaches, EAH is not nearly as understood.

“We have documented at least 14 deaths [from EAH] since 1981, including two deaths last summer in young athletes playing football,” said Mitchell Rosner, MD, a kidney specialist at the University of Virginia School of Medicine who also contributed to the guidelines. “The common feature in all cases is excessive water consumption during athletic events. This is driven by common misbeliefs that overhydration can improve performance and even prevent dehydration. It is worth noting that data demonstrates mild degrees of dehydration do not impair performance.”

The medical panel’s recommendation is to let a player’s thirst dictate how much they drink without a set minimum of ounces consumed. Also, with their additional amounts of sodium and electrolytes, energy drinks can help with hydration. But, ultimately, each player’s reaction to heat and exercise is different. 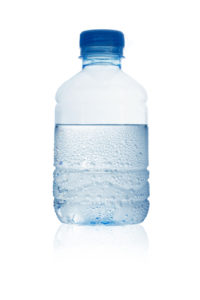 “We recommend using your thirst as a guide,” said Dr. Rosner. “If you drink when thirsty, you will not become hyponatremic and you will not suffer from significant dehydration.”

In most cases, working out in the heat requires common sense on both sides.

“Athletes and coaches must recognize the need for balanced hydration before, during and immediately following exercise to prevent further morbidity and mortality associated with ‘forced hydration’ practices,” said Dr. Hew-Butler. “Every single EAH death is tragic and preventable, if we just listen to our bodies and let go of the pervasive advice that if a little is good, than more must be better.”