You already use TeamSnap for your sports teams and recreational activities, but did you know TeamSnap also supports event and wedding planning? #TeamSnap4Weddings might sound like a joke, but once you think about it, TeamSnap is the perfect app to organize everything from planning the bachelor party to communicating with the bridal party.

Just ask Mark A., a loyal TeamSnap customer since 2009.

“I am president of our hockey club and am responsible for setting up each team. I got started a bit late organizing everyone attending the bachelor party so I didn’t want to waste any time learning a new app or getting used to a new Website. TeamSnap makes my life easier because everything is in one spot,” says Mark, best man and brother of the groom. “For hockey, I have a vision for the whole year and I’m able to plan out the season. For the bachelor party, I was able to do the same.” 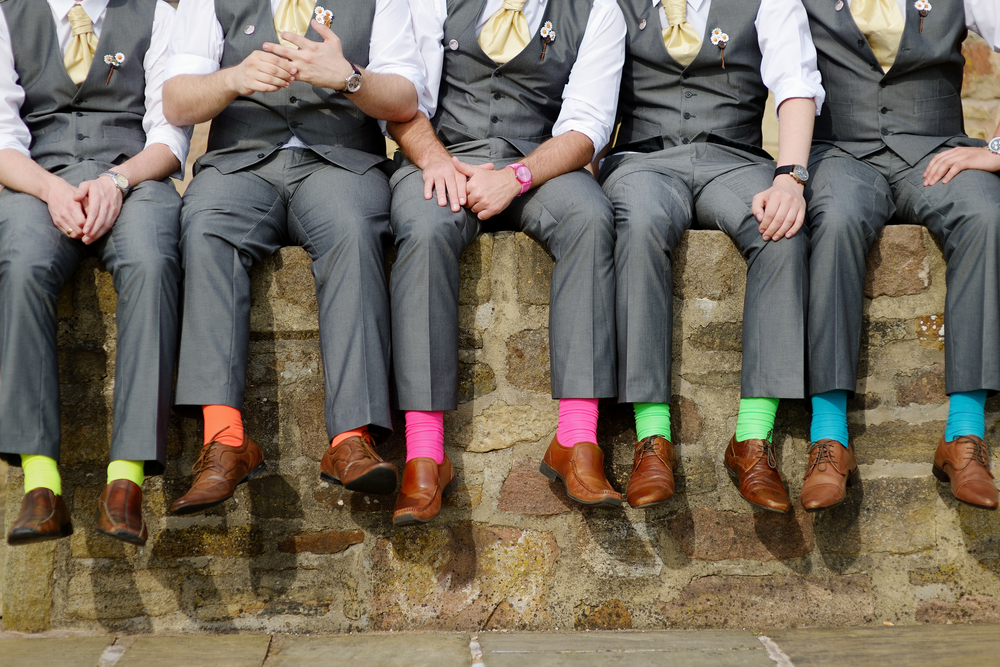 With 20 people traveling to Montreal from across Canada, Mark didn’t know everyone and had to rely on others for contact information. In a situation that could have gotten confusing and unorganized, Mark turned to TeamSnap’s roster feature, where he easily added names and other attendees could confirm email addresses.

“Having the roster to maintain emails instead of using an address book or ‘reply all’ on an email chain is huge. I am involved in a few activities where I am not in charge of communication and I shake my head when people are accidentally omitted from messages. This can’t happen with TeamSnap,” Mark says.

Mark also used TeamSnap’s payment feature to collect money from attendees, sparing him having to deal with cash or checks.

“Payments saved me a ton of time,” says Mark. “It was a must for keeping track. That was probably the feature I was most thankful for as deposits came in quick and I didn’t know who some people were at the time. I had to send out many reminders and did not lose track.”

When struggling to keep all 20 attendees apprised of the weekend agenda, Mark used TeamSnap’s schedule feature.

“Some of the groomsmen were bugging me to put an agenda together but I was burnt out organizing. Plus, no one was willing to commit so getting a consensus on activities was difficult. To sort the issue out, I plugged everything into the schedule so everyone could see what was going on,” says Mark.

Twenty guys and a weekend of activities equals a lot of planning and organizing. TeamSnap’s messaging feature allowed Mark and the groomsmen to easily and quickly confirm details and share updates to the agenda.

“I used threads for each topic: NHL tickets, flights, hotel, dinner, go-karting, etc,” says Mark. “Everything was easy to find and I was able to answer questions consistently. Delegating tasks was easier because regardless of who booked something, the info was available in the app.”

See, you’re probably thinking #TeamSnap4Weddings is one of life’s greatest hacks, right? Not only is TeamSnap the smartest and best choice for wedding planning, but we’re also great for planning your nephew’s birthday party, organizing your boss’ retirement extravaganza, and even keeping track of your team’s end of the season blow out. But don’t just take our word for it.

“I recommend TeamSnap to anyone and everyone. I received a lot of compliments for keeping everything organized but I let them know it was just a matter of keeping TeamSnap updated. TeamSnap helped make the info available and that helped to expedite decisions,” says Mark. “The Bachelor Extravaganza went so well that a few of the participants are trying to convince me to organize an annual guy’s weekend.”

Planning a party or event? Save time and stress with TeamSnap! Add your group by logging in or signing up now!