Can You Only Win Or Lose? Coach Young Athletes to Always Compete

This post is the first in a three part series from the Coaches’ Zone on coaching competition.  Make sure to leave your comments and let us know what you think.

Everyone likes to win. 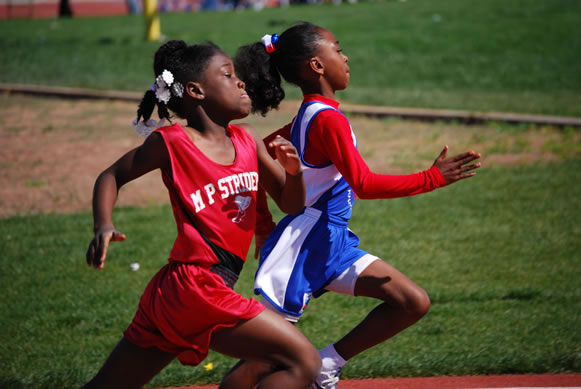 Indeed, a real win is never guaranteed, so it is deservedly gratifying when it is well-earned. There is nothing unnatural about craving and celebrating victory, but to earn a chance at victory we must accept the possibility of defeat. And that can be an emotionally challenging proposition for young athletes. Many of my young players this spring are experiencing real defeat for the first time, because until this season, they’ve played in mostly non-competitive or quasi-competitive leagues where they were led to believe that winning is easy and that losing almost never occurs. They are learning this year, in an older, more talented league, that it’s the other way around.

In many communities, mine included, youth sports start as young as age four or five. Kids start sports at roughly half the age they did a generation ago. To boost these young and fragile egos, we tend to let everyone win, initially. In doing so, we insulate the young ones from losing, because losing is seen as failure, and failure is seen as unpleasant and demoralizing. But eventually, all athletes confront defeat, and when they do they often don’t know what to do. And when winning and losing suddenly become realities, coaches are faced with tricky issues and seemingly unanswerable questions:

I answer all four questions one way: Stress competition over winning.

Coaches can help youth athletes and parents process winning and losing by expanding their understanding of what it means to win and lose. I do this by helping them understand what it means to compete. A coach may or may not ever develop league champions but he or she can always develop competitors. A healthy competitive spirit is far more coachable than a winning record, year in and year out, so I stress competition over winning. I did so even when these athletes played in an ostensibly “non-competitive” league in prior years. This results in a relatively resilient team temperament, and seems to be aiding my squad through this season’s adversity.

Competition, particularly in youth sports, often has a negative connotation. It shouldn’t. All athletes need to develop a healthy sense of competition. Competing and winning are not the same, but some youth sport communities seem to think a competitive league must be a win/loss league. It’s seen as an all-or-nothing choice. The problem is, the transition from “nothing” one year to “all” the next can be emotionally shocking for the unprepared young athlete. Athletes who are properly taught to compete are better equipped to process both victory and defeat. And over time, they’ll experience their fair share of both and enjoy the competitive process along the way.

Competitiveness is a productive athletic mode, an even-keeled mindset that an athlete can develop early. In contrast, winning a game is a fleeting, at times fortuitous, isolated outcome of a variety of factors never entirely under a competitor’s control – sometimes only good fortune or a favorable match-up is the winning determinant. Winning comes and goes; competitiveness endures. Unfortunately, though, whenever winning is over-emphasized in youth sports, competitiveness is frequently seen as the culprit. Competition itself is not the problem; mistaking it for a win-or-we-failed coaching philosophy is.

My next post will address how to help players distinguish competitiveness from the desire to win the game.  Have you experienced the all-or-nothing issue between coaching to win and coaching to have fun? How do you approach this and how do you communicate it to your players?