Are You a Good Sport? How Athletes (and Coaches) Can Practice Better Sportsmanship 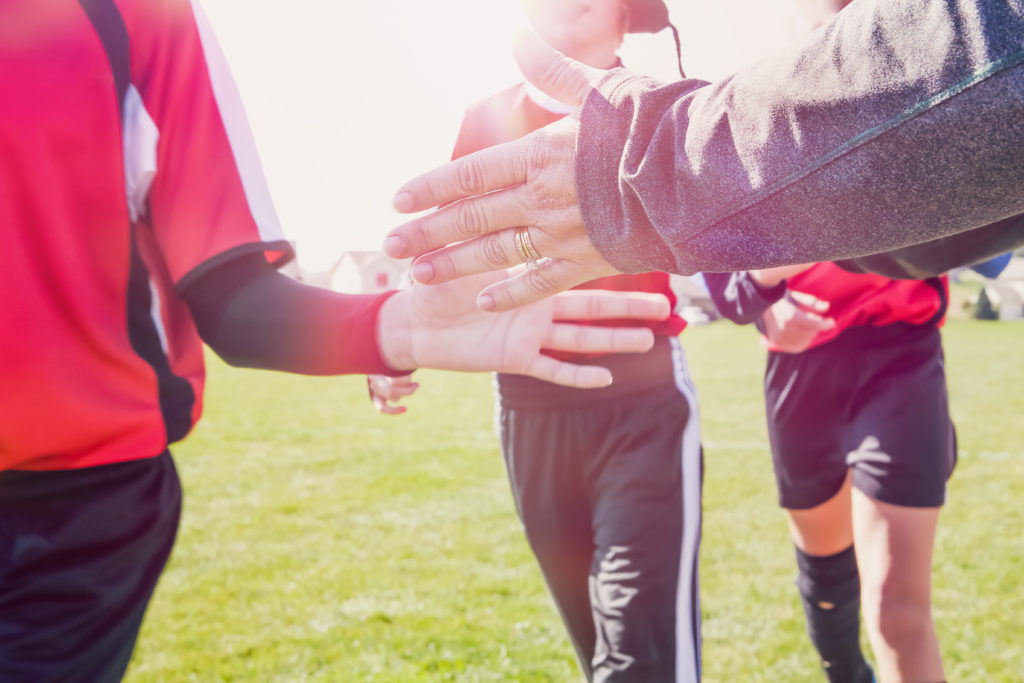 We’ve all seen what can happen when an athlete or a coach experiences a lapse in sportsmanship. Foul language flies out their mouth; they withhold a handshake; they disrespect the ref. It’s not only unbecoming, but it can easily derail the game and spread negativity throughout the team and spectators.

But what is sportsmanship, and how can we encourage our teammates, coaches and kids to show up with a great attitude, win or lose?

Sportsmanship is about being bigger than the scoreboard. It’s about facing difficulty with grace and respect rather than losing your cool to a tough play or a bad call. Sportsmanship is showing respect for teammates, coaches and referees no matter the outcome of the game.

What is unsportsmanlike behavior?

Most of us have probably seen examples of unsportsmanlike conduct during televised sporting events or even at live and in-person games. We may have even experienced it first-hand while playing sports or even been the victim of poor sportsmanship. So, what does unsportsmanlike behavior look like?

Managing emotions in the heat of the moment

Sports can get our adrenaline pumping, and emotions can run high when we’re in the field or on the court. It’s critical to teach self-accountability. While you can’t anticipate what others will do, and can’t control someone else’s emotions, you can control your own.

The key to managing your emotions? Take a minute before you react. When your emotions bubble up, or when another player, ref or coach gets in your face, remind yourself to take a breath, take a water break, or even call a time-out before responding. This can give you critical time to suppress those heat-of-the-moment reactions that can cause a conflict you might regret later.

How to be a good sport

Being a good sport is about facing the game with grace and humility no matter the outcome. Instead of focusing on winning or losing, it’s about encouraging your teammates as well as your opponents. Overall, it’s about practicing mutual respect.

What are some ways to be a good sport?

Overall, remember to treat others like you want to be treated. We’ve all had great wins and suffered tough losses. Sports are about so much more than winning and losing, and treating others with dignity is a lesson we can all take to heart.

Do you or someone you know need help managing their sports team or club? Sign up for a free 21-day trial today. Or check out our club and league solution, TeamSnap for Clubs and Leagues if your team is part of a larger sports organization.