For many youth baseball organizations that turn to TeamSnap, they are looking for a similar solution: more time on the baseball field and less time on spreadsheets. Baseball teams and leagues require thoughtful planning and committed coaches and staff in order to be successful. Bulldog Ball Club uses TeamSnap Clubs & Leagues to keep their organization’s revenue coming in, streamline communication, and provide every kid, family, and coach, a plan.

Some of the pain points Bulldog Ball Club faced before they integrated TeamSnap for Clubs & Leagues were:

Once they made the switch, it was similar to the feeling of a home run. Registration was implemented and trackable. They could collect payments and see who has paid or hasn’t. They also were able to connect messaging so they could better inform parents and teams around weather delays, practice changes, and more.

Before without TeamSnap for Clubs & Leagues

“If there was a rainout or a location change, you had to go into the right Google Sheet, copy all the emails into Gmail and send it out,” said Andrea Johnson, who oversees the Bulldog Ball Club after-school programs.

Now with TeamSnap for Clubs & Leagues

“Things change so frequently with the weather. We’ve had such a rainy season this year, and we’re able to make a couple clicks and inform a group of 20 people that their location’s been moved or game canceled. And if it’s been moved, they have a map they can see and navigate. It’s huge!” Andrea said.

Weather notifications and adjustments aside, the entire TeamSnap for Clubs & Leagues integration has saved the Bulldog Ball Club so much time. They can focus on the things that matter and grow as an organization.

“The amount of time we saved makes it beyond worth it,” said Andrea. At one point, the organization was short two staff members which felt like it was going to majorly impact their ability to get work done on the backend. Luckily, the efficiencies of TeamSnap as a management solution filled right in for the staff members who left. “We’ve essentially replaced two full-time employees with TeamSnap,” Andrea said.

Another baseball organization who went from multiple documents and spreadsheets, stressing over collection of payments and waivers to a seamless solution for management, was Elite Athletic Training.

Elite Athletic Training & Consulting is a baseball and softball club and training organization started by a former baseball pro who spent six years with the Minnesota Twins organization. Shortly after opening, Chris Taylor, a former Division 1 player and marketing communications professional, helped Elite Athletic scale to 15 teams and over 150 players, ranging from 8U to 18U. 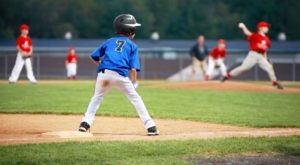 As the organization grew, it was crucial for Chris to find a solution to give everyone a great experience, but also efficiently track progress and registrants.

“With our past solution, you were able to register and sign waivers, but it was cumbersome for the parents, as well as for me, when going through the setup process,” Chris said. “This [TeamSnap] gave us an opportunity to streamline everything.”

“For me, setting up the registration forms is significantly faster than what I was doing before. I like the ability to pass on transaction fees so we’re not eating the costs, and the document collection process has been super easy.”

Bulldog Ball Club and Elite Athletic Training & Consulting made the switch to TeamSnap for Clubs & Leagues because they saw a need to get back to the part of baseball that matters most: the playing part. With a new and improved management solution the kids and parents are happy, coaches can focus on the coaching part, and the organization will continue to grow.

Do you or someone you know need help managing their baseball team or club? Sign up for a free 21-day trial today. Or check out our club and league solution, TeamSnap for Clubs and Leagues if your team is part of a larger sports organization.