A heartfelt thank you from TeamSnap’s CEO

One of the things that makes me proudest is hearing stories about people who recognize TeamSnap in some of the most out-of-the-way places. One of our employees wore his TeamSnap t-shirt while hiking in Kentucky, and a park employee stopped him to tell how his volunteer group uses TeamSnap to coordinate search missions in that very park. Another employee’s optometrist stopped in the middle of the old “Which is better, 1 or 2?” routine to tell her that his son’s soccer teams use TeamSnap. And just earlier this month, a friend of mine on vacation in the Virgin Islands was stopped while wearing his TeamSnap shirt on the beach and asked if he was one of the people who made the app this stranger liked so much. 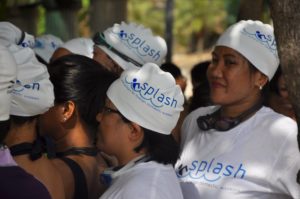 Students from the Hong Kong Splash Swim School use TeamSnap to organize its practices.

When we founded TeamSnap back in 2009, we could only dream of the day when we would be recognized so widely and reach 10 million customers. Well, that dream has become a reality, and the day is here.

Over the past seven years, TeamSnap has helped 10 million players, parents, coaches and club admins schedule 7.2 million games across 196 countries (that’s every country in the world, for those who are counting!). The 800,000 teams we serve are predominantly in the United States and Canada, but Australia is growing quickly too. And although we still see soccer, baseball and hockey as our top sports, TeamSnap is used by 83 types of sports and groups, ranging from tennis teams to dance troupes to ringette teams to cheerleading squads to choruses to scouts to cycling teams. 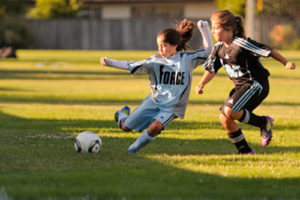 Live-game action of the De Anza Force Soccer Club, one of TeamSnap’s club and league customers.

We are proud of the diverse group of customers we serve, from theWolfe County Search and Rescue Team to the Polar Vortex Robotics Club, from the Hong Kong Splash Swim School to the Los Alamos Derby Dames. All of these teams and groups have one thing in common: They share a love for their hobby or their sport, and we are so proud and thankful that they allow us to help them spend more time making, playing, learning and doing and less time organizing.

Many customers know us for our individual team/group solution, but our club and league solution is making huge strides as well, nearly doubling in growth over the past year. We now serve more than 2,000 organizations, like the Colorado Premier Basketball Club and the De Anza Force Soccer Club. We’re continuing to fine tune this solution to offer everything an organization needs to register, roster, schedule and communicate with their many players, coaches and parents.

All of these teams and groups have one thing in common: They share a love for their hobby or their sport, and we are so proud and thankful that they allow us to help them spend more time making, playing, learning and doing and less time organizing. 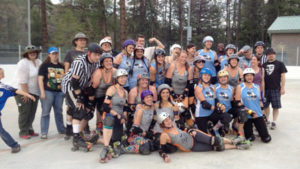 The Los Alamos Derby Dames pose for a picture. The derby team uses TeamSnap to coordinate tryouts for new members.

We are proud to say that our most dedicated customers interact with our product to the tune of 40 times per month. Our iOS app has a 4.7 out of 5 customer rating in iTunes and consistently appears in the Top 10 Free Sports Apps category. Our Android app has a 4.1 out of 5 rating, with more than 2,000 five-star ratings. Both apps have been downloaded almost 2 million times, and we continue to improve them based on feedback from customers like you.

Serving 10 million customers is a significant milestone for TeamSnap, but we don’t plan to stop here. I’m happy to say that every day, our team is working to make TeamSnap better than it was the day before.

Since the day this company began, our customers have never ceased to amaze me. I know I’m not alone in saying that I can’t wait for what the future holds—or where we’ll hear stories of being recognized next! Thank you for your support.

Dave DuPont is CEO and co-founder of TeamSnap. When not guiding the direction of TeamSnap’s business and helping his rock star staff do their best job, you can find him cycling, skiing, Running with the Bulls or drinking craft beer.